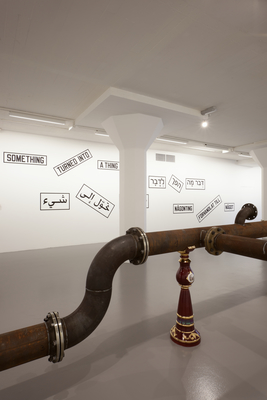 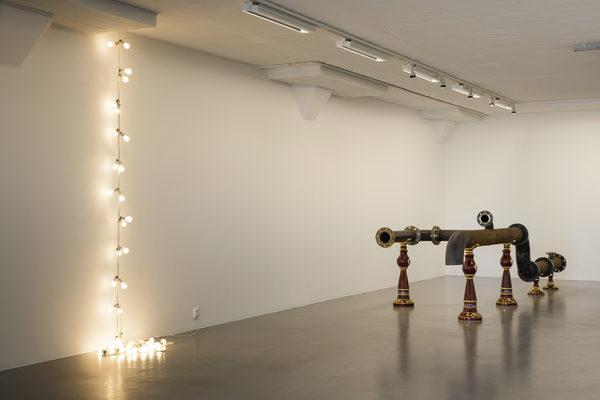 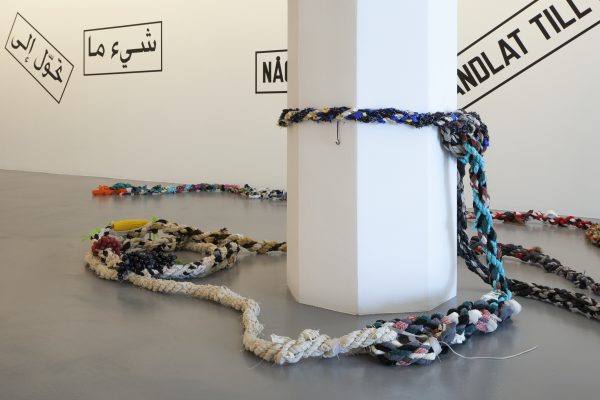 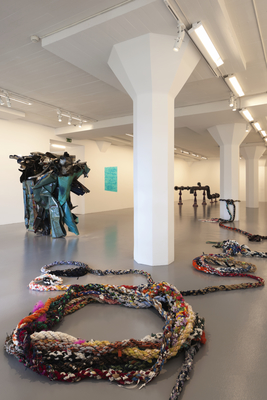 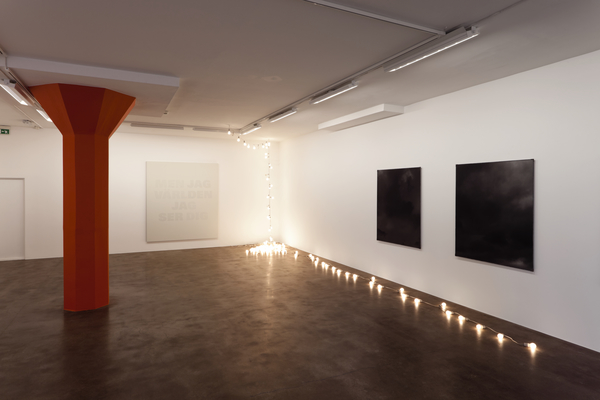 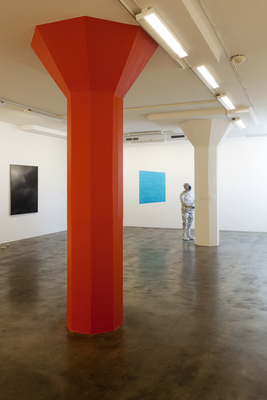 Since fall 2011, Magasin 3 has dedicated two galleries to annual exhibitions featuring works from the permanent collection. These presentations provide the opportunity for recollections and reflections upon artists that Magasin 3 has followed over the years. Something Turned Into a Thing is an exhibition based on the basic properties of the chosen materials and how they are perceived by our senses and our minds. Some participating artists take fragments of the urban environment or familiar everyday objects and discover new ways of seeing them, both visually and intellectually. Other artists rely solely on an idea as the principal expressive agent of the work. With an often playful, unrestrained and uncompromising approach to the materials, artists extract objects, phenomena or words from their customary areas of use and expose them to a broader range of interpretations.

John Chamberlain’s intricate sculptures made of crushed car parts, Agnes Martin’s geometric grids in muted colours on canvas, Wim Delvoye’s sewage pipes on porcelain pedestals and Tom Friedman’s toothpaste painting all stand side-by-side in this exhibition. The title, Something Turned Into a Thing, is borrowed from a work by Lawrence Weiner, who has spent decades exploring language in his art so that he can more comprehensively dedicate himself to—and spark a debate about—objects and our relationship to them. The works span Magasin 3’s entire history, from the opening exhibition in 1988 to later installations created specifically for our space and even some of the most recent additions to our collection. Janine Antoni’s Moor, 2001 (extensions added 2002, 2007, 2013) Janine Antoni has produced an extension of her work Moor, for the second season of the exhibition. The rope was originally created for the exhibition Free Port (2001) at Magasin 3, and consists of entwined materials such as cat’s hairs, lace, swimming goggles and shoelaces. The work is in perpetual change; every time the rope is shown, its length is added to. Read the stories behind the objects in Moor from friends and family to Janine Antoni.

Tom FriedmanHollow Man Offering Nothing To No One2008 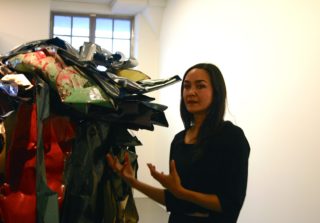