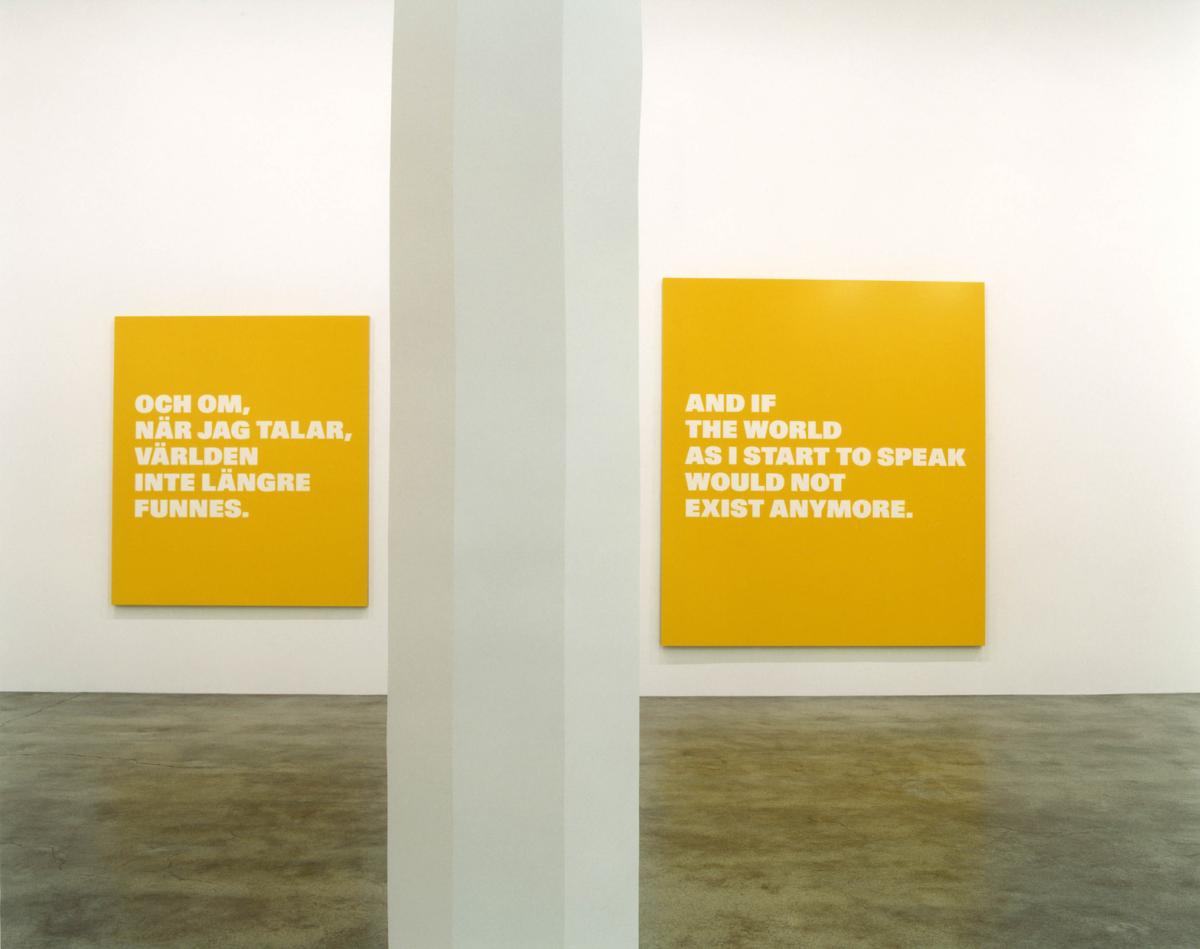 Rémy Zaugg was born in 1943, in Courgenay, Switzerland. He lived and worked in Pfastatt, France and Basel, Switzerland, until his death in 2005.

Zaugg worked with the meaning of text and words as subjects in his paintings, in which our seeing and our perception are recurring themes. His works used language in a fragmented way to convey that which is most critical for a human, being seen by the Other. Zaugg was of the opinion that seeing and consciousness are closely linked and that our understanding of the world is shaped through the overlaps between them. Throughout his practice there was a desire to make the viewer aware of the perceptive tools that each person possesses. He put great emphasis on the space that emerges between the work of art, the receiver and the context. Zaugg also took a strong interest in language and its power to deconstruct and reconstruct new contexts. Early on in his practice he found a position between painting and text (between what we see and what we read)—and it was in this liminal space that he worked with his comprehensive series. Zaugg was active in a number of different mediums, among others painting, text, sculpture and architectural models.