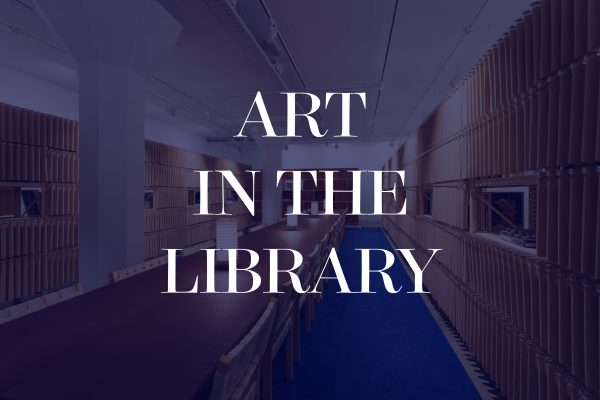 Art in the Library: Jill Magid

Jill Magid
The exhibitionAbout the artist

Foreign Body Ingested (Portrait of My Son), a new production for Magasin III by American conceptual artist Jill Magid, is on view together with one of Magid’s earlier works, Auto Portrait Pending.

Artist, writer, and filmmaker, Jill Magid (b. 1973) interrogates structures of power on an intimate level, exploring the emotional, philosophical, and legal tensions that exist between institutions and individual agency. In each of her in-depth projects, Magid embeds herself within systems of authority, such as government bureaucracies, a secret service agency, or the guardians of other artists’ estates. Her work is realized in a variety of media, including sculpture, text and film.

Foreign Body Ingested (Portrait of My Son) takes its point of departure from a coin which was ingested by her young son and originally pertained to the artist’s work Tender. In the new work, the penny is fixed in a custom platinum setting and attached to a silver chain the length of the digestive tract through which it passed. Originally, the Tender penny formed part of a public artwork, commissioned during the COVID-19 pandemic where Magid interceded in the U.S. economy with a dispersed monument that consisted of 120,000 newly-minted 2020 pennies, edge engraved with the phrase, “THE BODY WAS ALREADY SO FRAGILE”, and entered into circulation.

In Auto Portrait Pending, Magid signed a contract with a company to become a diamond when she dies. The contract specifies the agreement for her transformation and the details of her eventual diamond. Upon her death, the diamond will be created from the carbon of her cremated remains.

While Auto Portrait Pending collapses the artist’s body and her body of work (and its legacy), to circulate in the art market, Foreign Body Ingested (Portrait of My Son) extends this gesture, after the artist’s work first circulated through the body of her own son.

Foreign Body Ingested (Portrait of My Son) was conceived in summer 2022, in connection with a display of work from the Magasin III Collection by Chris Burden, where Jill Magid was invited to artistically comment on the artist’s practice.

During the short but intensive period from 1971 to 1973, Chris Burden created some 20 actions, which came to play an important role in his continued work in the fields such as performance, collage, sculpture and installation. Burden’s actions and performance works most closely resemble empirical explorations of the body’s reaction to external and internal stresses. Through actually performing the works, Burden acquired knowledge – both bodily and sensory – about what is involved in undergoing various self-set trials and how that influenced him and the context in which he was operating. Out of these actions, 23 are documented in his Deluxe Photo Book 1971–73, which he self-published in 1974. Burden regarded the book as both an independent work of art in its own right, as well as an archive of his early performative practice and the material from the book formed the basis for the exhibition at Magasin III.

Jill Magid chose to react to Burden’s work by probing into the concept of freedom in a similar way, testing the limits of what lies within legal and ethical bounds while integrating the artist’s own body into artistic practices. At the same time Magid identified a problematic heroic posturing in Burden’s concept of daring, and in contrast, positions her own artistic provocations from a place of vulnerability and questioning, allowing for criticality towards the privilege she occupies.