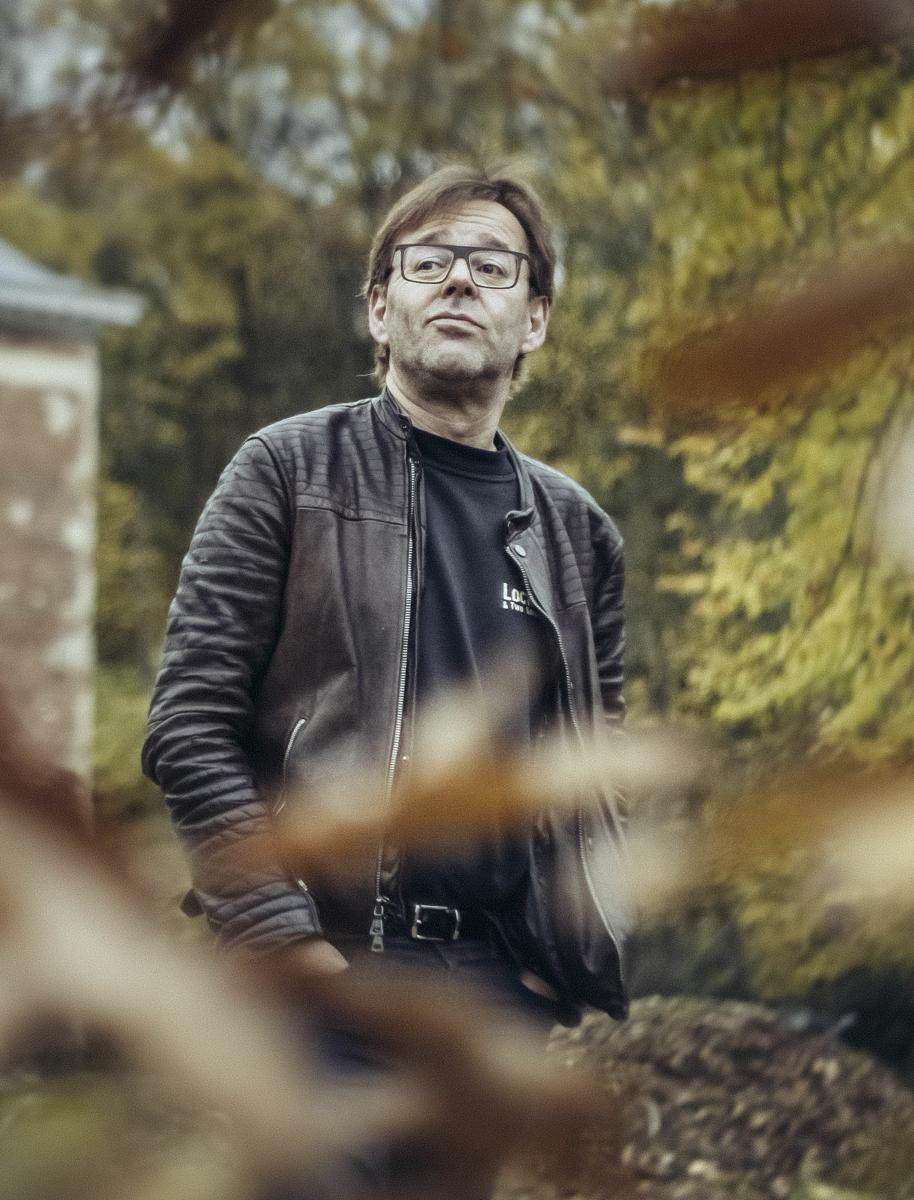 Wim Delvoye was born in 1965 in Wervik, Belgium, he lives and works in Brighton, UK. The neo-conceptual artist, Delvoye appropriates and diverts art-historical styles and motifs to sublimate trivial yet rather unconventional objects, thereby cleverly combining philosophical ideas, a fresh use of materials and a love for craftsmanship.

Starting in the beginning of the 1980s, his early works did not go unnoticed: painting heraldic emblems on ironing boards and shovels, Delft patterns on gas canisters, and placing stained-glass windows in soccer goalposts, his works presented themselves as hybrids, playing with the opposition between high and low, between contemporary art and pop culture, combining both craft and concept and playing out seriousness against irony.

As of the 1990s Delvoye radicalised the critical function of art, exploring the boundaries of commodity art, by tattooing live pigs and setting up his Cloaca-project: room-size built installations that simulate the human digestive system – this way thematising the uselessness of the artefact, and exploring the ambivalence of art and commerce.

Constantly oscillating between antagonistic realms such as the sacred and the profane, or the local and the global, he sarcastically confronts the various myths that feed our contemporary society from religion, science, to capitalism.

With the body of Gothic works that evolved in Delvoye’s artistry since early 2000, he walks a thin line between exploring artistic styles of the past and monumentality – by highlighting the medieval Gothic, interpreting it with contemporary themes and industrial techniques, he is aiming to create a new form of contemporary architecture. The highly ornamental motifs and ornaments are not so much used as decorative quotations but as patterns of value and permanence in the modern era. His ever-growing Gothic Towers have been displayed during the 2009 Venice Biennial along the Canal Grande (Peggy Guggenheim Museum); Musée Rodin, Paris (2010); Bozar, Brussels (2010) and the Jing’An Sculpture Park, Shanghai (2012).