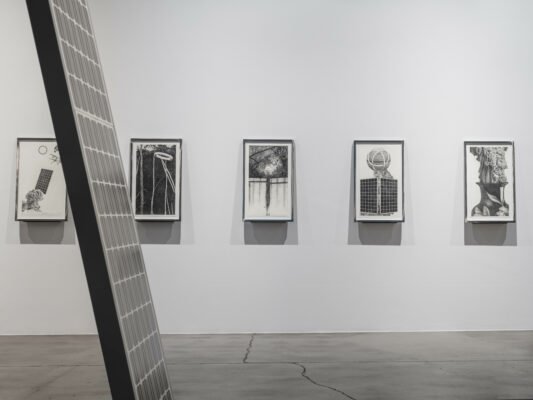 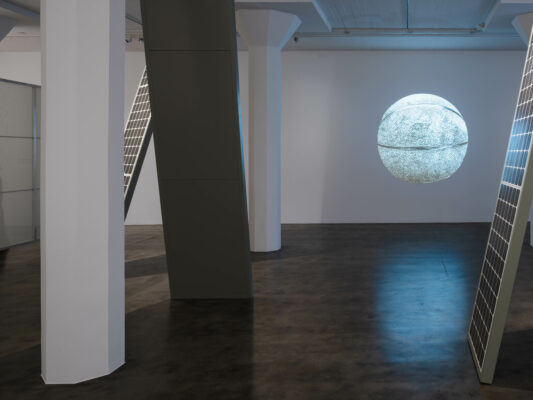 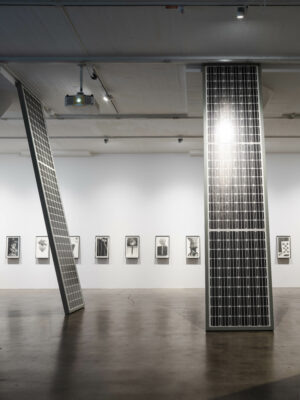 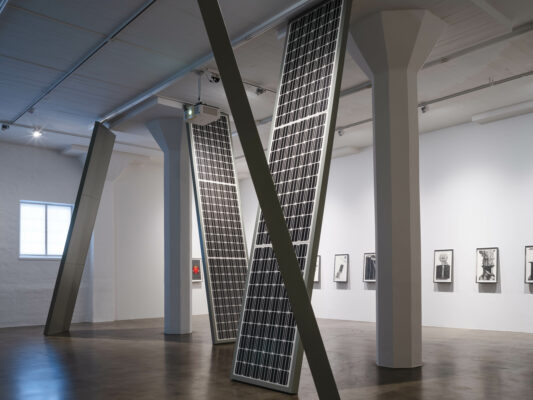 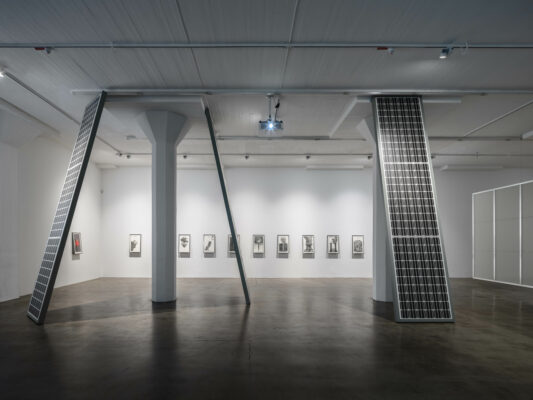 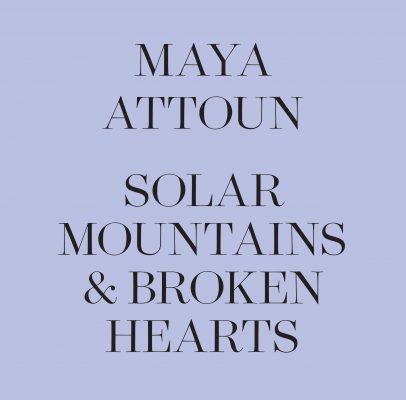 In the exhibition Solar Mountains & Broken Hearts by the artist Maya Attoun, the viewer encounters an imagined world where areas as disparate as mysticism and history, science, and popular culture are placed side by side. The exhibition was previously shown in 2021 at Magasin III Jaffa, Magasin III’s exhibition satellite in Tel/Aviv Jaffa, Israel.

Maya Attoun saw her artistic practice as a part of the gothic tradition which does not distinguish the beautiful from the terrifying. She was interested in man’s intermittent catastrophes and sculpted from the products of mankind, that which surpasses it in magnificence. Attoun was a multidisciplinary artist, working in sculpture and installation as well as sound and video, with the same assurance with which she drew.

The exhibition takes the volcanic eruption of Mount Tambora in Indonesia in 1815 as its point of departure. It was the most powerful volcanic eruption on record in hundreds of years and caused worldwide climatic anomalies: the sky was overcast by volcanic dust that blocked sunlight, black rainfall descended, and temperatures plummeted, to a degree that the year following the eruption became known as the “Year Without a Summer.”

During that non-summer, Lord Byron, Percy Bysshe Shelley, and his lover Mary Goodwin (subsequently known as Mary Shelley, after the two had married), and John Polidori, gathered in a villa on the shores of Lake Geneva. While there, they entertained themselves by writing horror stories. Mary Shelley penned the story that would become the basis for Frankenstein (1818), considered the first ever novel in the genre of science fiction.

Out of this climatic-cultural moment which places on the same level the natural and supernatural, humanity and monstrosity, the earthly and sublime, Maya Attoun built a cosmic landscape that runs on a time scale of its own. The catastrophic landscape Attoun created echoes the volcanic eruption of 1815, but relates just as much to a future tense, here on earth or on another planet. A catastrophe whose circumstances remain unclear; it is a landscape that carves out a circular time dimension within the space, projecting the shadows of the past onto the future.

Solar Mountains & Broken Hearts consists of three bodies of work, all executed in graphite. The solar mountains – Solar Plexus – resemble solar panels and reflect the meticulous and incessant work of the artist. CRY – CybeRnetic Year, an animated work produced through the systematic erasure of a drawing of a basketball; resembling a celestial body the projection fills up and empties out in regular intervals of 24 minutes and 24 seconds. In the exhibition’s eponymous series of drawings, we encounter Attoun’s rich lexicon of images consisting of alchemical symbols, tarot motifs, and playing cards, digits, and characters – an iconography that blends together literature, music, pop culture, science, and technology.

Maya Attoun passed away unexpectedly in July 2022, and though we feel this loss keenly, we find some comfort in knowing her works may now be presented here just as was her plan, exposed to a new audience that has yet to encounter them.