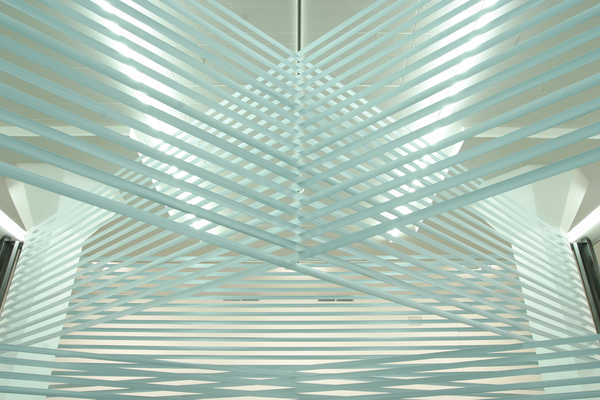 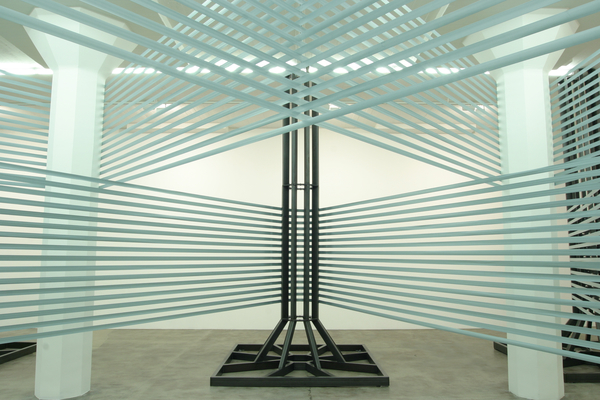 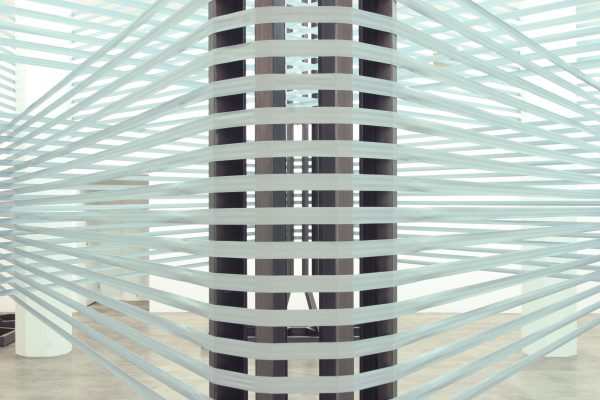 “Ayse Erkmen moves things around. Objects, great and small, are moved sideways, lifted a few centimeters, or suddenly hover high over the roof. What happens to an object when it changes context? What happens to the person who believed he was familiar with the object as well as its context?” Excerpt from the catalogue: Daniel Birnbaum Ayse Erkmen at the Treshold

Ayse Erkmen works consistently with a site-specific approach, either in public places or in gallery spaces. She uses different materials and techniques, adapted to the subject matter, and creates a type of portrait of the site.

At Magasin 3 Stockholm Konsthall, Ayse Erkmen has created one single piece, occupying the entire lower exhibition space. In one of the largest and most complex works ever made in Sweden, she has modified the space, so that the viewer is faced with a single open room without walls. To the white pillars, which recur on every floor, she has added new ones made of steel. In between the pillars run several layers of grey ribbon. The ribbons create a large web, both minimalist and imposing in its expression