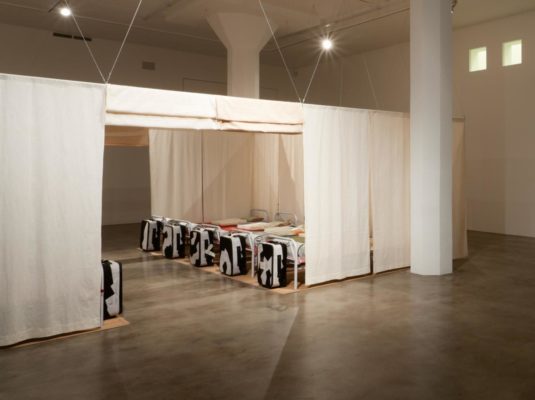 Fairytale is apparently different from my previous works, as it deals with living individuals, their lives, as well as their hope and imagination.   Ai Weiwei

In 2007 Ai Weiwei created the project Fairytale for Documenta 12 in Kassel, Germany (considered to be one of the world’s most important art events.) Documenta started in 1955 and has taken place every five years since 1972. Ai Weiwei wanted to work outside of conventional art forms and create instead something with people. He arranged for 1001 Chinese citizens of different ages and backgrounds to travel to Kassel free of cost over the period of the exhibition. Two hundred people at a time spent a week in the city and could visit a unique art event while at the same time being part of it.

The project was inspired by the Brothers Grimm who were from the region of Kassel and whose collections of fairytales still are read to this day. Ai Weiwei’s Fairytale is a contemporary story that challenged the preconceptions and attitudes of the participants themselves and the people who were in Kassel in the summer of 2007.

Each participant received a special Fairytale suitcase and t-shirt, spending money and a memory stick in the form of a bracelet containing useful information for their stay.

A former warehouse on the outskirts of Kassel was converted into a dormitory that could accommodate 200 people at a time. Ai Weiwei redesigned the space using a system of drapes to divide it into smaller sections, each furnished with bamboo mats, beds and specially designed bedding. Next to every bed there was a curtain concealing an antique Chinese chair that the participants could use as a bedside table.

A section of the dormitory and its furnishings were installed on the lower level of Magasin III together with a selection of photographic portraits of the participants, and the film documenting the project.

Artworks by Weiwei Ai in the collection