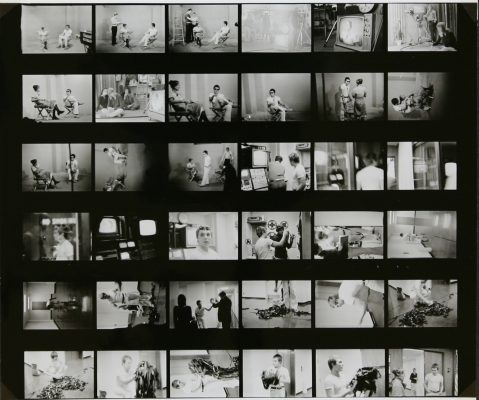 Chris Burden was born in Boston in 1946. He passed away in 2015 in Topanga, California. He became a controversial figure on the art scene in the early 1970s when he shocked many people with his now legendary performances. Although these were carried out over several days in front of private audiences, their fame quickly spread. The artist often paid scant regard to his personal safety. Trans-fixed, in which Chris Burden had himself crucified on the back of a car, may be mentioned by way of example. Similarly in Shoot, a friend was given the task of shooting him in the arm. After five years as a performance artist, Burden changed tack in order to turn an irreverent eye on technology in sculpture and installations that asked political questions in a dialogue with viewers. Chris Burden has exhibited at Centre Pompidou, Paris (1994, 2006), 21st Century Museum of Contemporary Art, Kanazawa (2004), and at the Ronald Feldman Fine Arts Inc. in New York (2007). Burden has had solo exhibitions at museums worldwide including: New Museum, NY; Los Angeles County Museum of Art, Los Angeles, CA; Tate Gallery, London and The Baltic Centre for Contemporary Art, Gateshead. He was also featured in the 48th Venice Biennale. His work is included in prestigious collections including the Museum of Modern Art, New York, NY; Broad Art Foundation, Los Angeles, CA; Walker Art Center, Minneapolis; Wexner Center for the Arts and Whitney Museum of American Art, New York. He died in Topanga, California, in 2015. Burden has had two solo exhibitions at Magasin III, in 1999 and 2012-2013.

More about the artist