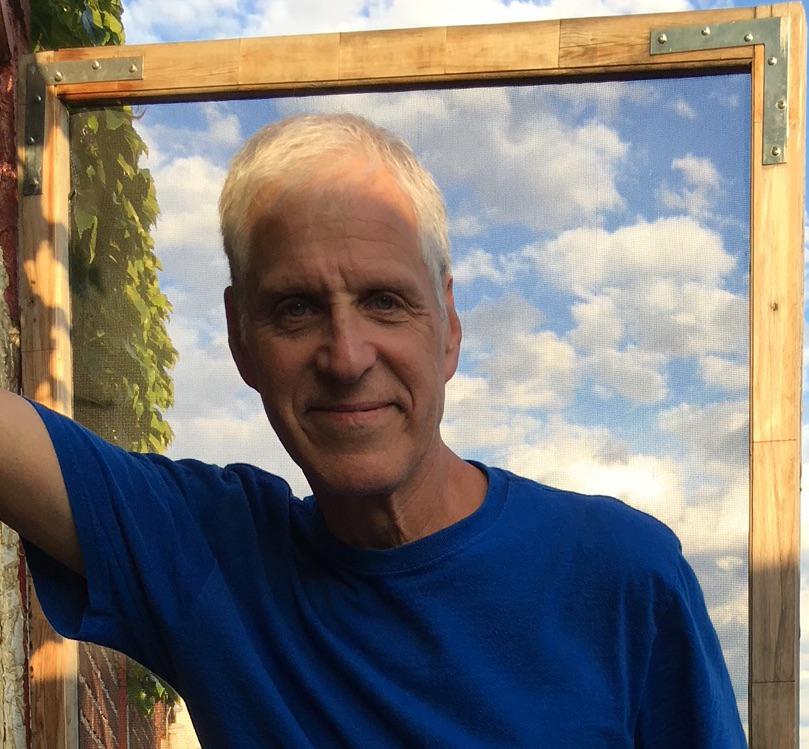 Jonathan Seliger was born in Queens, New York in 1955 and he lives and works in Brooklyn, New York. He received a Bachelor of Arts from State University of New York at Binghamton in 1978 with a major in English and American Literature, and a minor in German Language and Literature. He participated in an exchange program at Universitaet Graz, Austria 1976, and did an independent study in Stuttgart, Germany in 1977. He is self-taught as a visual artist. His work has been exhibited worldwide and is featured in many public and private collections.

By focusing on familiar, mundane, or ephemeral subjects, my work aspires to be ordinary and poetic, accessible and transfigured, approachable, elevated and beautiful. I allow myself to take liberties with scale, color, surface, texture and design in order to temper the work’s graphic speed and legibility and allow it to function metaphorically. Starting off as a flat sheet of bronze, stainless steel, aluminum or canvas, it is cut, folded, constructed, and painted, reaching completion in real space. Although considered within a long lineage of trompe l’oeil painting, my work actively departs from the Renaissance model in Western art encapsulated in the phrase, ‘Ut pictura poesis,’ or ‘make it like a window.’ Rather than depict these bits of ephemera, advertising, signs of commerce and urban detritus–- the residue and castoffs of popular culture in a vast metropolis— in an interior or imaginary realm (the 2-dimensional, rectilinear world of traditional picture space) I build and present my work in the shared space of the observer. I am drawn to an idea of a constructed image that exists in actual space.

My educational background is in literature, specifically lyric poetry, so it is natural that my work is rooted in a celebration of the commonplace and the everyday. In his late poem, “To an Old Philosopher in Rome”, the American poet Wallace Stevens posited what became my aesthetic statement of purpose: he praises the doubleness of experience and the sensuality of perception, what he called ‘the illumined large in the veritable small.’ Another American poet, William Carlos Williams, put it more bluntly: ‘No ideas but in things.’ Said another way, I have sought to extend, update and reinterpret Jasper Johns’ famous dictum: ‘Take an object, do something to it, do something else to it.’ With humor, pathos and poignancy I hope that my work can engage the viewer and, in the words of scholar Norman Bryson, have her or him ‘look at the overlooked’ in order to re-examine the already-seen. – Jonathan Seliger