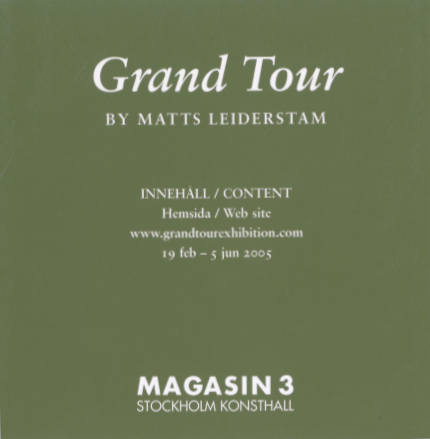 In conjunction with the exhibition, the website grandtourexhibition.com (no longer in use), served as a catalogue for the work and for the exhibition Grand Tour. This CD contains the essays published on that website.

Exhibition catalogue no 31
No of pages: 29
CD-ROM

NO LONGER FOR SALE

In French it means a memory or remembrance. In English it has gone one step further, beyond the metaphysical to the physical. It becomes an actual object obtained at a place, from an individual, or during a time, which then later on, will evoke the memory of such. To combine these two meanings gives a sense of the purpose and activities that the Grand Tour generated during its important indoctrination into the finer societies of Northern Europe. Its young men, headed towards greater things in their future endeavors would surely benefit from the experiences from their travels. But more importantly, it was what they would eventually ”take home” with them that these excursions were designed for.

The fact that they were men can be interpreted in various ways. The societal social norms were obviously not the same as today in the Western world. Men traveled, escorted and unescorted, women did not, or at least very few did. This made the atmosphere prime for the accumulation of ”knowledge” without the distraction of women. But as we see, it also made an atmosphere of possibilities, distant from the social norms that these young fine men would eventually return to.

Today the notion of the Grand Tour may still exist, but its geographical and ideological boundaries have been moved. (…) 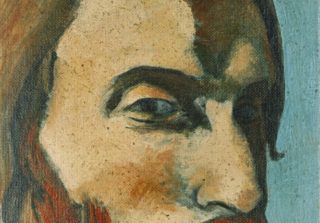