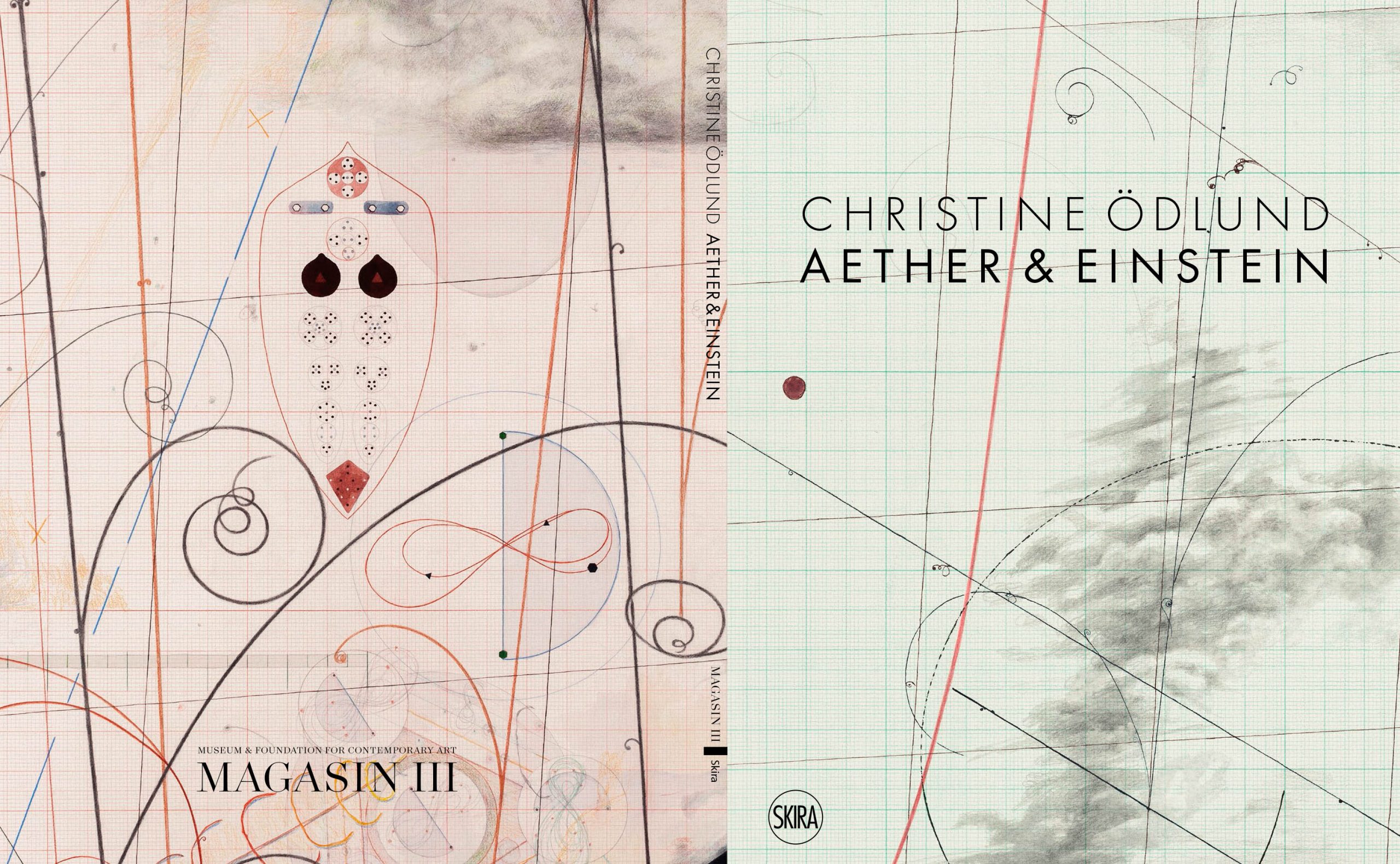 Available for purchase in our museum entrance for 400 SEK (approx. 40 EUR)

RJ: When the work was finished, we had an important discussion about the state of waiting as art. The central idea here is that you have decided that these two works are connected to each other precisely in their anticipation. The one stands there doing something that can result in a reaction that the other would then receive. Presumably, the latter would transform itself accordingly. This invisible, possible future course of events is the energy center of the exhibition.
CÖ: It reminds me of the decision to send pictures and sounds out into space. It isn’t easy to describe the purpose with a simple sentence. You can focus on the momentum, how long they are estimated to stay in space, how far the information can travel, maybe to other galaxies and so on. We can dress it up in a bunch of other ideas that are also interesting. That’s how artistic strategy often works, inherent in art is the mystery that is difficult to explain. It is there, but we choose to present the outer framework and leave the essence open to interpretation.
RJ: In this case, it is that this structure can continue to listen forever and wait for the moment it hears something, but hopefully it won’t ever hear a peep. I think that’s my personal hope for it!
CÖ: That is, that nothing happens, no contact?
RJ: Yes! And you probably want it to register something?
CÖ: Yes! (laughing)
RJ: I think that the waiting itself, as we said, is so incredibly important.
CÖ: Yes, absolutely. It’s the waiting that is quite demanding from the artistic side, to ask observers to make such a great effort. To experience, to think this thought.

RJ: And the form inside—the sculpture that stands inside the octagon, it hints at a spiral form and contains something responsive.
CÖ: But just there, the cooperation between these two artworks functions so well. It is still just a model, in spite of its size. It is an idea about how this should be able to look and function, but it is still in a sort of thought stage. (…)

RJ: This dichotomy—Aether & Einstein—is a good start. But after a while, you realize that it isn’t a binary exhibition. It is actually about something else. Your worldview?
CÖ: It is a way of viewing the world—from many different perspectives. In the borderland between these different worldviews, something comes forth that I think is worth studying more closely.
RJ: So the “&” is actually the most important part of the exhibition title.
CÖ: Yes…
RJ: Do you feel a kinship with any of the historical people you have discovered?
CÖ: The prominent figures of Theosophy are of great interest to me. Above all, Helena Blavatsky (1831-1891) who established the Theosophical Society in New York in 1875. Her goal was to unite science, philosophy, and religion into an alternative system of thought. Theosophy became an incredibly popular movement and above all made an impact on the artists, authors, and composers who comprised the avant-garde. The Theosophical movement rose to prominence in an era that is interestingly similar to our own. Globalization, the impact of industrialization on the environment, and revolutionary scientific discoveries and conquests. There was also a tension between religion and science, with Darwin’s ideas of the origin of mankind. A paradigm shift. (…)