Accelerator: A new collaboration between Magasin III and Stockholm University. 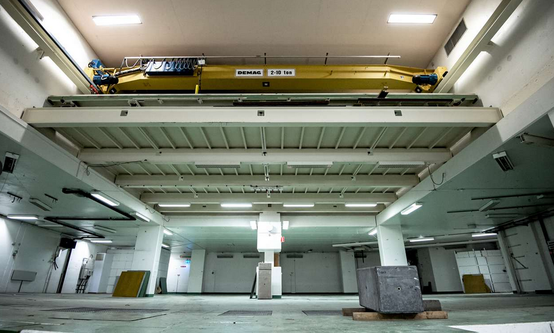 On October 8, 2015, the Vice-Chancellors office at Stockholm University officiated the development of a new artistic forum. To be located in a former physics laboratorium at the university, Accelerator is a unique new arena for exhibitions, screenings, talks and interdisciplinary projects connecting the humanities, social science and science departments.

The idea has been under development for a long time by David Neuman, Museum Director at Magasin III and affiliated professor at Stockholm University’s MA program Curating Art; and professor Margaretha Rossholm-Lagerlöf. Magasin III has been involved with the university since 2003; this further development of the good relations between the institutions has emerged in discussions between David Neuman and Robert Weil, whose company Proventus has financed Magasin III since its start in 1987. Accelerator will be financed both by private financiers and strategic partners, of which Magasin III acts as both.

Astrid Söderbergh Widding, Vice-Chancellor at Stockholm University, is spokesman for the project. Professor Johan Kleman, who has has previous experience in building new enterprises and structures within the university, has been appoitned pro tem director of Accelerator during the construction phase, and senior advisor to the Vice-Chancellor on strategic partnerships.

The underground Manne Siegbahn accelerator hall boasts 1,700-square meters of floor space and a 7-meter ceiling height; it lies two minutes from the subway stop Universitetet. Akademiska hus is responsible for the renovation, which will meet strict climate requirements essential for exhibiting sensitive art on loan. The project is scheduled to open in 2017.

Spokesperson for all other aspects of Accelerator is:
Astrid Söderbergh Widding, Vice-Chancellor, Stockholm University: astrid.soderbergh.widding@su.se