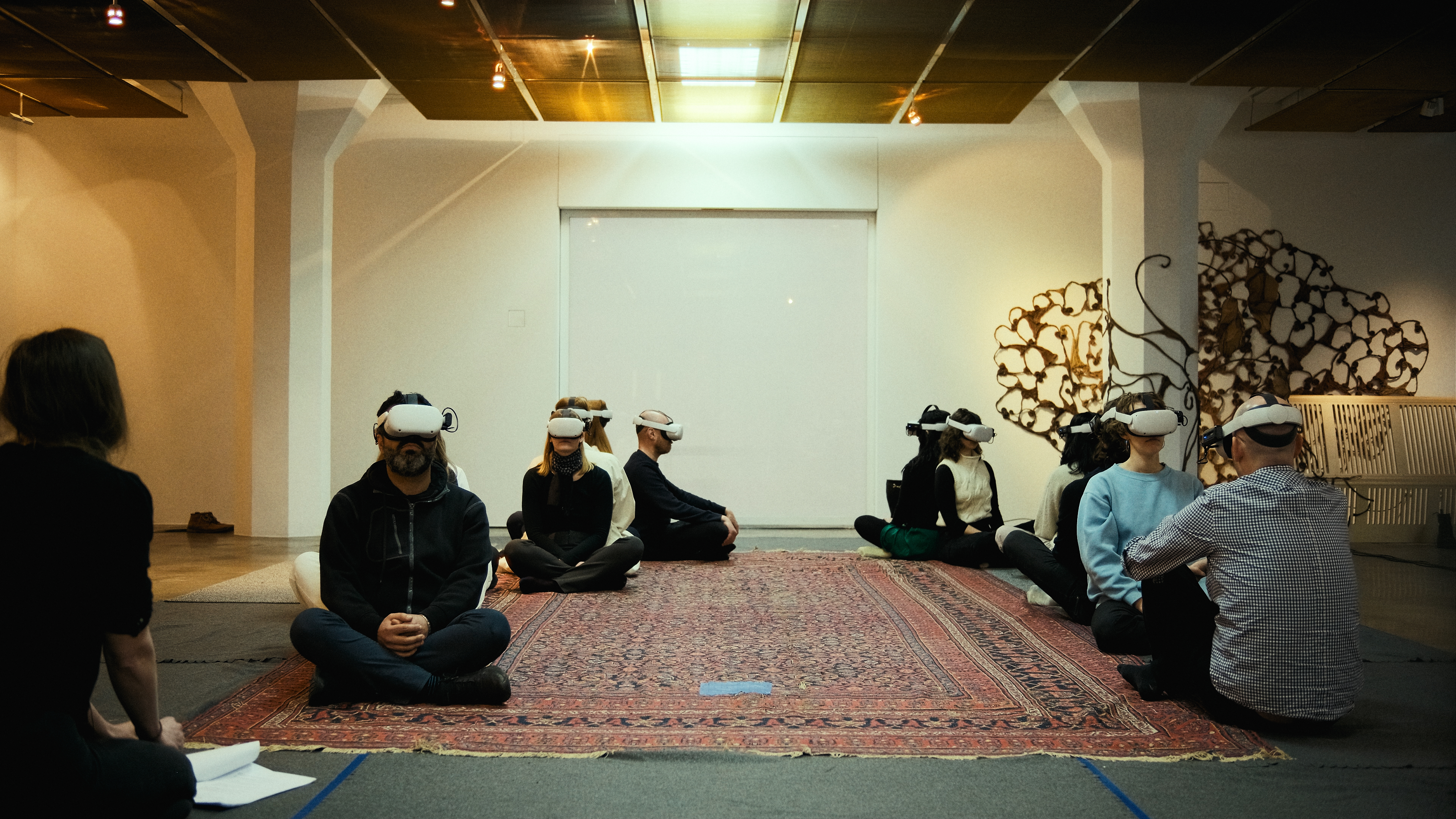 Read more about the series

On three occasions in March 2022, Lundahl & Seitl, Untold Garden, and a small group of participants gathered to test an early version of the work Garden of Ghost Flowers, in order to adapt the work’s technology to the participants rather than the other way around.

The focus of Session 2 was on the audience’s participation: How can a group of bodies, through an altered interface with the world (with the help of VR) and a wordless voice, find a way to make contact with something outside of themselves?

Lundahl & Seitl, formed in 2003. The immersive art of Lundahl & Seitl is a continuous research into the question of how we perceive reality and negotiate its various forms.

It is a worldbuilding, anti-disciplinary practice of choreography, virtual reality, and architecture – radically repurposing the use of everyday technologies by local adaptation, collaboration, reciprocity, and trust.

Their works and projects have been exhibited in museums and institutions such as the Gropius-Bau / Berliner Festspiele (DE), Tate Britain (UK), Royal Academy of Art (UK), 66th Avignon Festival (FR), Centre Pompidou-Metz (FR), 8th Momentum Biennale (NO), and the Kochi Muziris Biennale (IN). The duo is recipient of a number of awards including the STRP ACT Award 2021, Birgit Cullberg Scholarship, Montblanc Young Directors Award, the Edstrand Foundation Scholarship, and Sven Harry’s Art Prize. They have been Iaspis studio grant holders (1 October 2016 – 31 March 2017). In 2020, they were shortlisted for the Lumen Prize.

Untold Garden is an experiential art studio that explores and builds tools for participatory design and art installations, virtual sculptures, interactive performances, artificial ecologies, and organic social networks. They are based in London and Stockholm and work across the globe.