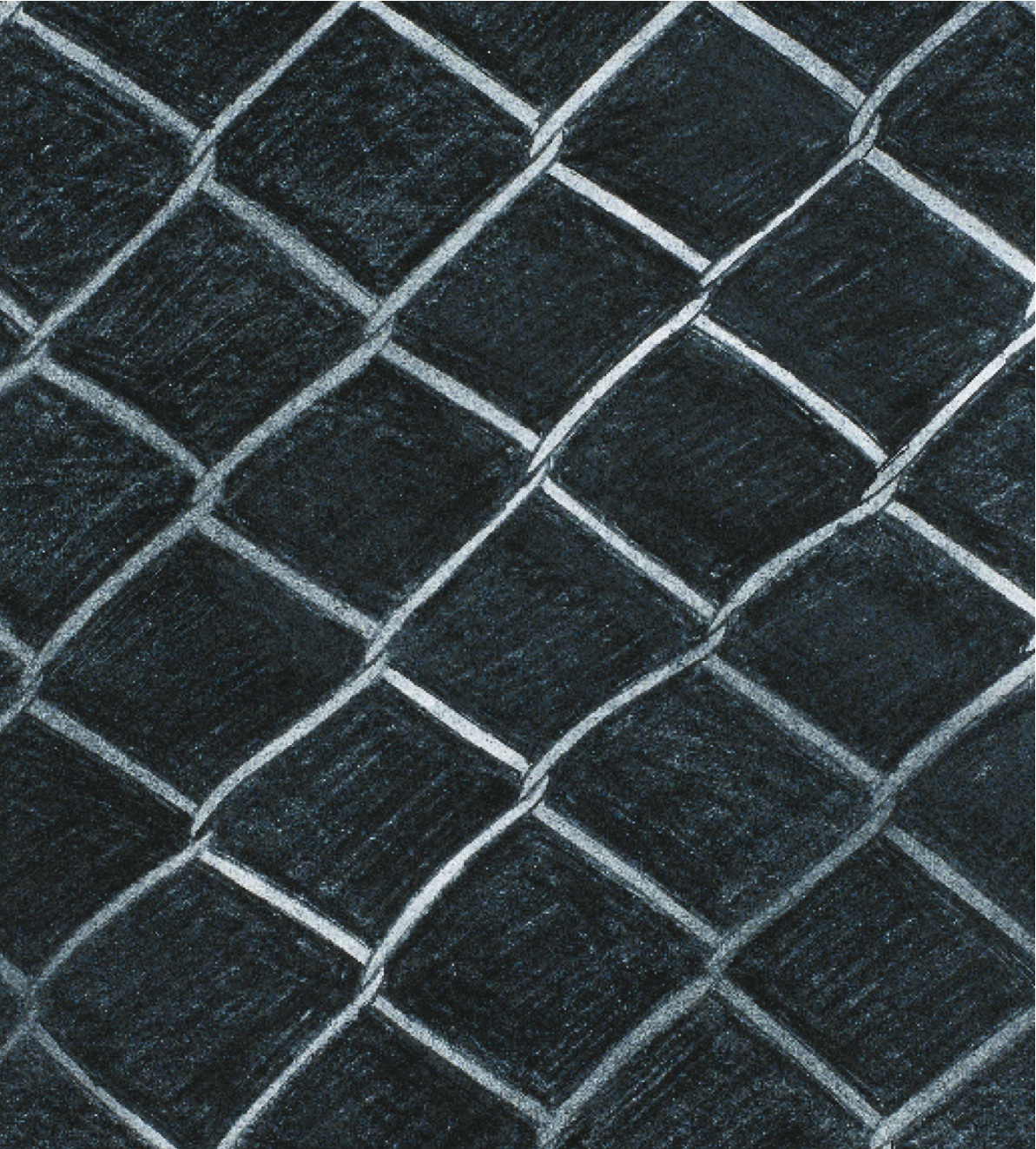 Why the Hell? by Elisabeth Millqvist

In 1981, LG Lundberg wrote in a catalogue about the background to his fence paintings:

“In March 1972, I was commissioned to illustrate four poems by Werner Aspenström. I was looking for an image with the same content and charge as the screens. But the images had to be more general – more abstract. And so I ended up with a wire fence. In the spring of 1973, I began to work with the fence motif and its form more extensively. And I continued for six years.”

During what is sometimes called the “fence period” of LG Lundberg’s artistic career, the subject matter has been fences, more exactly the net of a chainlink fence made from stretched wire shaped like diamonds (like in a pack of cards). His technique includes acrylic, charcoal, oil, and combinations thereof on canvas. In several paintings Lundberg has started by painting the shape – the empty space between the wires – black and then blocked out a white contour around it. In other paintings, he has painted a black background, covered the canvas with two layers of paint, painted the fence, and then used charcoal on top. He has started the net pattern in the upper right corner and then continued to paint diagonal rows of diamonds until he has covered the whole canvas, the final diamond ending up in the lower left hand corner. It is always a white net against a dark background; a dirty white color used to create a soft impression and to reduce the optical effects that could otherwise occur.

The paintings exist in a variety of formats since Lundberg sometimes uses remnants – everything from small canvases that measure 27 x 22 cm to one that is 10 meters long. In his ongoing work with fences, Lundberg has varied the mode of representation and zoomed in on details in drawings and collages. He presented the shape or the surface between the fence’s wiring and its voids in the form of a sculpture. The first largish object was made of solid mahogany. A traveling case was made for it. A later object was a flowerbox filled with soil. Lundberg sowed grass in it in his characteristic pattern. He developed the work into a multiple – a carton containing everything needed to sow one’s own grass. The shape also exists on sailcloth and in brass (the latter imagined as also being possible in gold or silver). The fence pattern also provided a prototype for bed sheets and for plastic bags. The first fence work, which illustrated four poems by Werner Aspenström, was a graphite drawing. Lundberg later decided to paint the motif. He had not imagined that he would continue to do so in painting after painting. His statement on what made him work with the fence pattern to begin with is clear, but all the questions nevertheless persist. Or, as Lars Norén put it in a catalogue text in 1973 about the screen paintings that Lundberg was exhibiting at the time, “Why the hell does he exhibit these things, and in so many versions, when his studio is swarming with richer, more beautiful, and perhaps more meaningful paintings? (…) 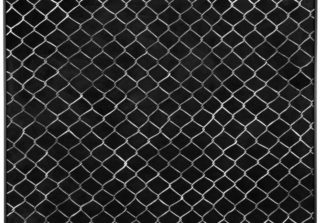