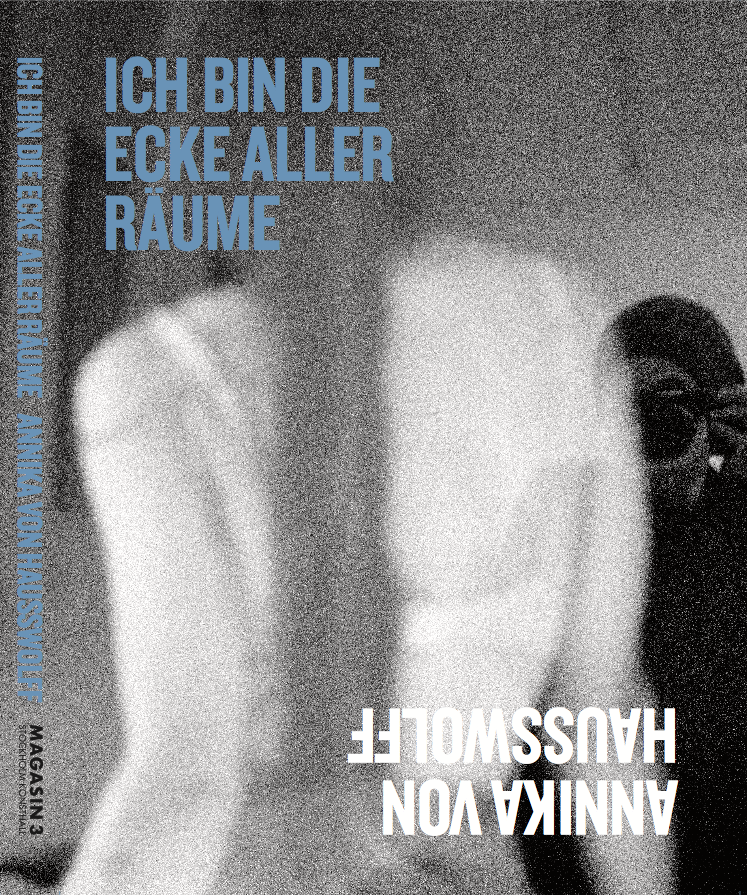 Available for purchase in our museum entrance for 500 SEK (approx. 50 EUR)

A hallway in which we can see a crumpled rug, is bathed in a cuprinol-green light. I’ve spent a long time staring into that image. It really draws you in.
From where does that gravity emanate?
When I was eighteen I spent a lot of time in the Vällingby public library. That’s where I discovered Stig Larsson’s poems. I barely understood anything, but I couldn’t stop reading.
I especially remember one particular poem. In reality it might have been written years later, but that doesn’t matter. It is indicative of something.
The subject in the poem stands outside a woodshed, the door is partly open. He squints into the darkness of the woodshed and in there, he can almost make something out lying on the floor, what seem to be … splinters of wood.
He squints, he can almost make out. He is unsure, he can’t say with any certainty. It’s like a mystic who, with his many qualms and after many abandoned attempts tries to come close to a description of the true essence of God.
But this isn’t about the true essence of God. It’s about whether or not those really are wooden splinters that he thinks he sees in there in the gloom. He is hesitant.
The subject of the poem approaches the world essentially unable to distinguish between the significant and the in- significant; unable or unwilling. It’s like telling yourself: Everything could be significant.

This continual concern for seemingly inconsequential details creates a feeling of unease in the reader. If you stare too long and hard at the world, it turns away and becomes totally alien to you.
Back to the image.
The hallway we see is quite ordinary and quite ugly. The light is awful. The longer you look at it though, the more it shifts and changes and becomes … The Hallway.
The hallway that is all the hallways that you have ever walked down, the corridor onto which all doorways open. The way out. The essence of the hallway, if you will. And thereby, something alien. Everything that was superfluous has been removed. The hallway has been stripped of all practical func- tion other than being a place through which one enters or exits. No objects are left.
Except the rug. The crumpled-up rug. What do you think of when you see it?
I would guess that nine out of ten people can’t stand to see a rug in that state, and instinctually have to tug and straighten it out. Either with their feet or with their hands. A rug shouldn’t be lying like that. It’s dangerous. Somebody could trip. You have to straighten it out.
But you can’t.
It’s a photograph we’re looking at. It itches in your fingers to be able to straighten out the rug, to be able to tidy the place up a bit, dammit!, but its just not possible.
You have received an invitation, but you aren’t allowed in. Frustrating, isn’t it? Disturbing. (…)