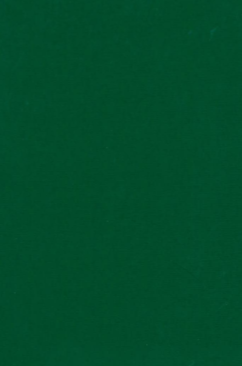 “Totem, fetish, and taboo remain effective ideas in the West since Freud, and still have a certain influence on life and ideas.”
A. R. Penck

A. R. Penck’s sculptures are primitivist in method and meaning. They have the elemental, charged look that only the raw, irregular, crudely carved surface – sometimes incorporating a found object, such as the machine part of XRFKTKFR, 1986 – can generate; and the deep emotional import of the totemic and fetishistic. While the majority of the works are of upright figures, gefiederte Schlange, 1985 also has totemic and fetishistic implications. As is well known, the totemic figure can take the form of an animal. I will argue that Standart-Modell Antiatomkraft Grün-Grün-Grün, 1987 is the paradoxical climax of Penck’s obsession with the totemic, all the more so in that the work lacks the form and iconography of the totem. It is essentially a cluster of fragments, with the same immediacy as stones in a Zen garden, but symbolically implying the disintegration of the whole rather than its reintegration, as in the garden. Penck’s fragments are annihilative rather than reparative in import.

To regard Penck’s sculptures simply as neo-primitivist – as yet another eighties postmodernist revival art – is to misunderstand them badly. It is to give them a superficial, cursory reading.

They undoubtedly have affinities with early 20th century primitivist art, especially the primitivism of German Expressionism in its heyday. But that primitivism tends to be optimistic and elated; Penck’s primitivism has a melancholy, pessimistic cast. Penck’s frozen male figures – their bronzing confirms their immobilized, passive condition – are far from Kirchner’s fluid, dynamic female figures, both carved and painted. They have more to do with the iron totemic hermes figure in Beuy’s Tram Stop, 1977 than with Kirchner’s wooden Nude Woman, Sitting with Her Legs Crossed (on a piece of tree trunk), 1912. Early German primitivism was largely psychosexual – pansexual – in import. It idealized figures into a timeless pastoral/paradisiac vividness antithetical to the vulgar, hard urban world in which the work was made. The figures symbolized sexual liberation; they were biophiliac antidotes to – imagistic amulets against – the anxious sexuality of the artists and the pedestrian bourgeois world. Penck’s late 20th century Expressionistic primitivism is not without psychosexual implications, as his acknowledgement of the Freudian meaning of totem and fetish indicates, but his figures have more to do with the self. The apparent sexual meaning of his figures masks their narcissistic meaning. (…) 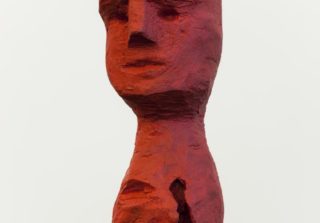