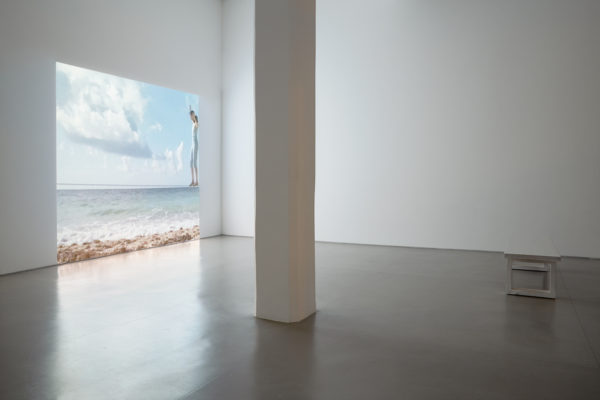 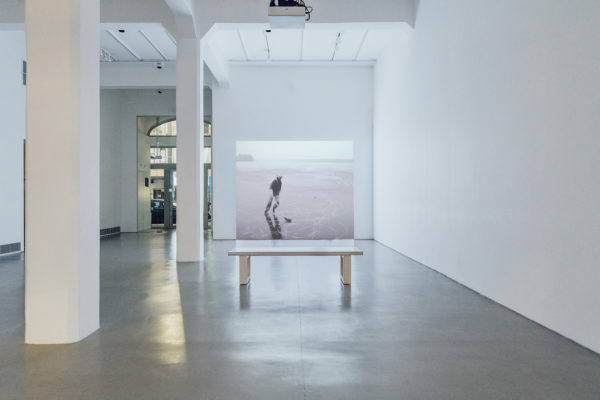 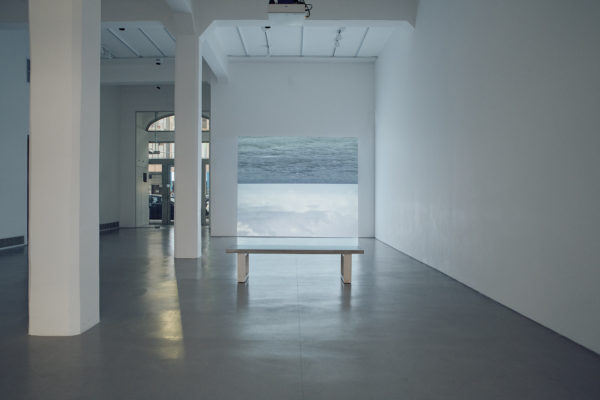 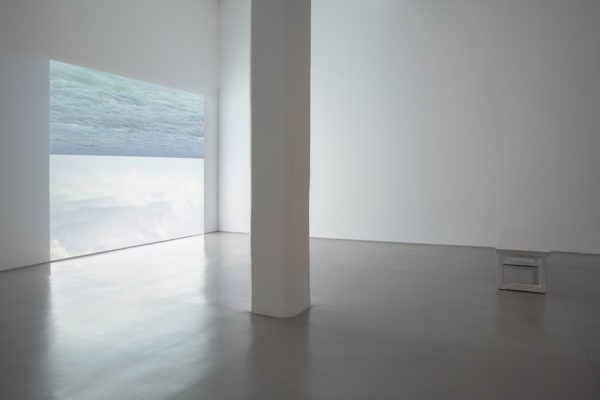 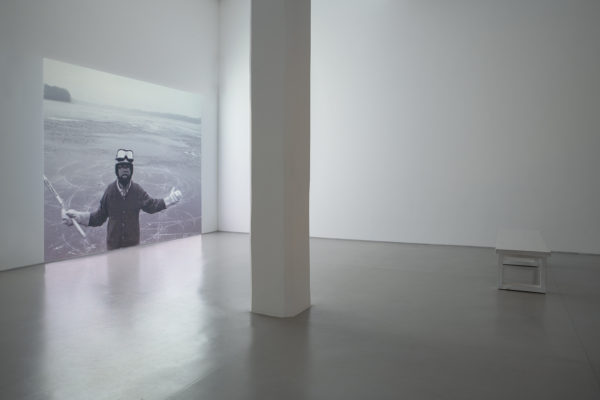 Body of Water consists of three video artworks from the collection of Magasin III Museum for Contemporary Art.

The myths and characteristics attributed to water are used by these three artists to create possible and impossible relations between the body and water. The boundaries implied by physicality are joined to a force of nature, one beyond the visual and intellectual perception.

In Voilá, Anton Henning uses the body as a tool, and the frozen water surface as a canvas. While playing ice hockey, brushes are replaced with skates and a hockey stick, strokes substituted by skating and striking the puck. Henning creates an abstract painting, controlled by chance and automatic movement, a tribute to the work of Jean Arp and Marcel Duchamp. The result, temporary and deceptive as it may be, is surprisingly similar to Henning’s oil paintings.

Touch records Janine Antoni’s attempt to walk across the horizon, between sky and water, at the furthest point the human eye can perceive. The artwork, Moor, (2001), a rope created by the artist from materials that her friends had given her over the years, inspired Antoni to teach herself funambulism. Touch was filmed in the Bahamas, across from Antoni’s childhood home. As the rope sinks, Antoni’s body unites with the horizon, creating the balance and union she seeks thru her work via childhood memories.

The physical body is not present in Kimsooja’s video work, Bottari Alfa Beach. The location of the work is Alfa Beach in Nigeria, one of the many ports that were used for the slave trade. In the absence of the body, with the inversion of the image so that the water appears above and the sky below, the artist seeks to personify unspeakable pain, in protest of an irreparable injustice.